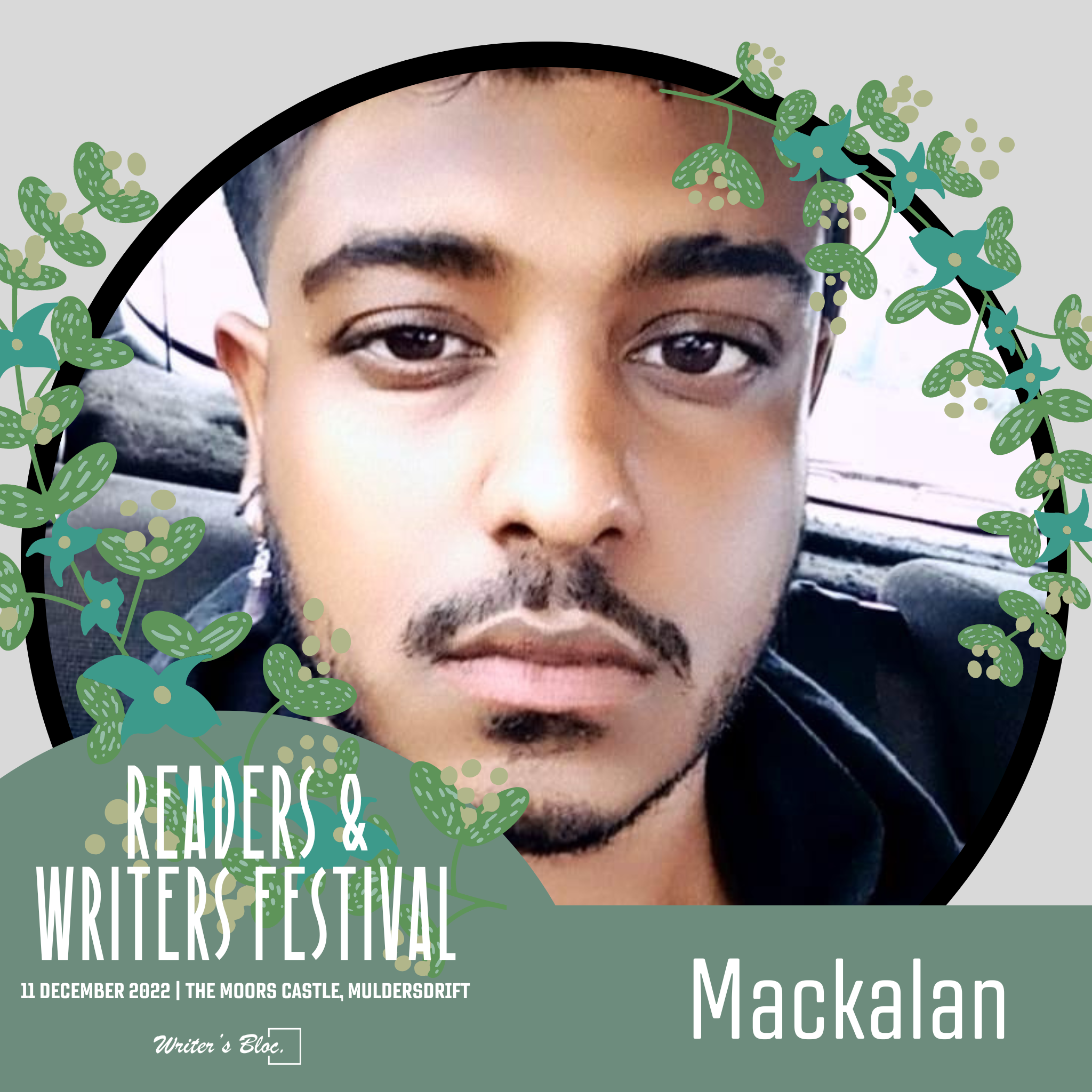 Through the styles of writing we all move to our own beat, we all sing songs of either laughter, tears of sorrow, breathes of freedom or, most probably, all of these feelings combined into one whole person in their uniqueness, we celebrate.

At Writers Bloc, we like to highlight all different kinds of talents and different ways of expression because giving people a voice to express themselves in their whole true selves is exactly what we are about. We love the raw authenticity and beauty of creatives and we love to see them shine.

At the Readers and Writers festival, it is exactly that which we are going to be exhibiting. Our first announced performer is a performer we have seen on and off throughout the span of Writers Bloc, but we have fallen in love with is captivating writing that leaves one at the edge of their seats and ears completely in tuned. This is no other than, Mackalan Chetty.

Mackalan has been writing poetry since the age of 10 and this might explain his advanced skill set and command over his pen as he captures the crowd.

He likes writing on topics of mental health and human emotions as he thinks the darker side of the human experience is discussed enough and he enjoys highlighting the spectrum of what it means to be human. He expresses this through his work effortlessly with great use of language and literature painting a clear picture on his opinion.

Mackalan is moved by the ability to touch peoples hearts and minds and does not have a figure who he looks up to or writing style he admires and rather harnesses his unique abilities. He said that moving people is enough for him to continue his writing.

His experience and knowledge has not left no room for adversities as all writers at some point get stuck with the dreaded block, but he mentions that being knowledgable about what you are writing about, taking time out to do sufficient research you are able to construct stanzas in a manner that makes your point clear but also takes the perspective trying to be created into consideration is a good way to overcome these adversities in writing.

He also states that his writing ritual is to be alone in his room with an instrument playing in the background, his favourites being guitar, piano or violin. He mentions that it also needs to be night time as this is when he feels the most creative.

We are very excited to have Mackalan bless our stage at the Readers and Writers festival and we cannot wait for you all to see and experience his experience on mankind.

How to beat Writers Block