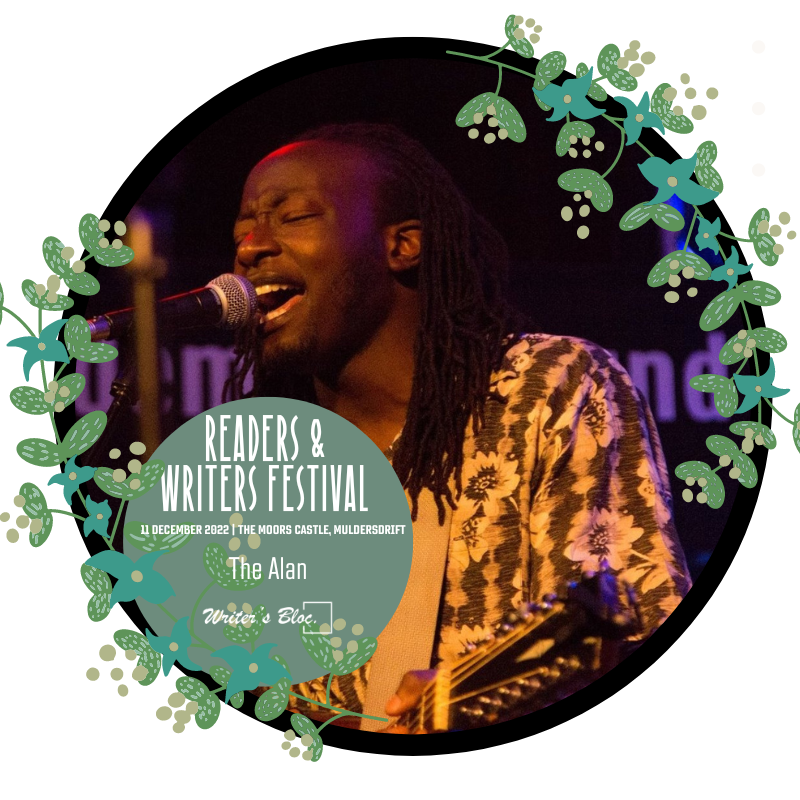 “Where words fail, music speaks”. This quote could not be more true. I think the beautiful thing about music is it speaks through us and each person has a unique relationship with every song. Music moves through us and whether it be plain instrumental or lyrical its power and influence on our thought and activity is magical. Music is enough to inspire revolutions.

The Alan is an incredible musician who takes his music very seriously. He has an incredible knowledge of music and different African musical instruments and can play just about all of them. His knowledge in the history of African instruments, music and revolutions is extensive and we have no doubt that at the Readers and Writers Festival The Alan will immerse us in his world of knowledge and bless us with the unique sounds of Africa.

The Alan has taken his musical knowledge and experience to TikTok where he educates his 60 000+ subscribers on all the sounds from different countries, cultures and history of unique African instruments on his channel Rhythm in Africa.

He grew up in a family of musicians so He has been singing in choirs from childhood, then he went to college of music to study guitar and pursue his career in music.

The Alan mentioned to us that he is more of a teacher than a musician so he never really writes about topics. He said that he is more interested in the music that can be made by various instruments. For this reason, he makes instrumental music so that the listener can concentrate on the capabilities of the instruments instead of meanings of words. Through this we believe The Alan creates stories that words would never be able to express in such beauty.

When asking him who his inspiration was, he told us that Eric Johnson, Joe Satriani and Dan Tsanda were his inspiration because these musicians concentrate on the tone and capabilities of the instruments or music, just like himself.

The Alan has a unique way of never getting into the block and said that he has never experienced it. He mentions that it is not because he is more creative than others but because he records any pieces of music that come to his mind and whenever he runs out of ideas he can just refer to the years worth of ideas that he has recorded.

Rituals are things many creatives have to allow themselves to create content, whether it be writing late at night, meditating or immersing yourself in music. The Alan is not one of those creatives as he admits honestly that he wished h) had rituals that he followed because that would greatly increase his output. He said “I find myself being too lazy and unable to complete two thirds of my tasks.”

Even with The Alan not being able to complete tasks his music is nothing shy of brilliant! He is a musician who really feels the instrument and groove and moves his way around each unique instrument in his own style really honing the musical capabilities of each instrument and expressing it to its greatest abilities. The Alan is not one to miss at the Readers and Writers Festival.