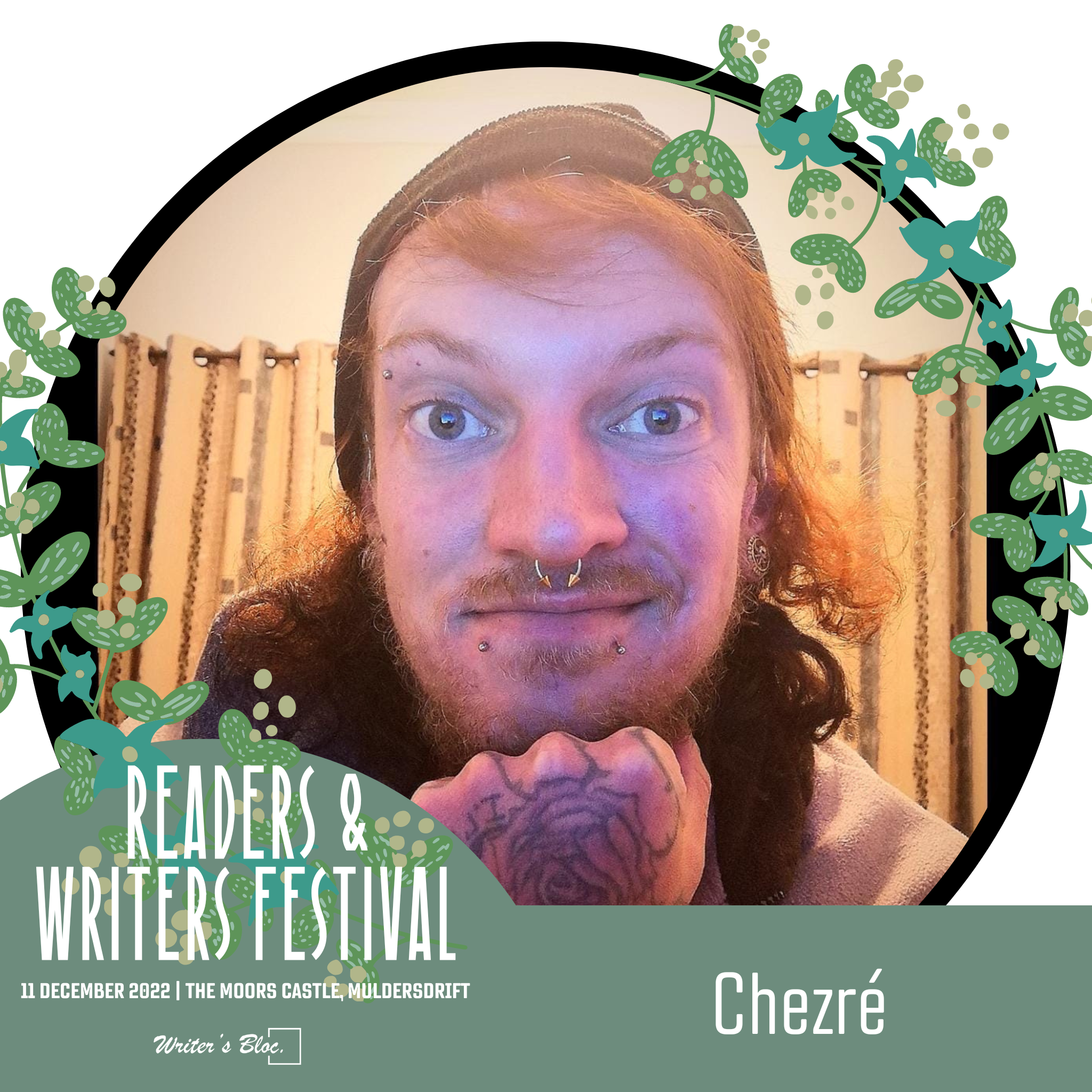 As we approach the day sooner and sooner, we will be releasing more information on our poets and poets work to get more familiar with all you will see at the Readers and Writers Festival. We have a very talented line up of artists who all express themselves in their unique ways.

Chezré is a poet who wears his heart on his sleeve and expresses himself in a manor that allows him to truly connect with the audience. His honesty and emotive language used in his poetry elevates it and allows one to relate with it on different personal levels. Chezré has many stories to tell and he tells them ever so beautifully, openly and honestly making him an incredibly relatable poet and not one to be missed whether it be spoken word or written.

Beyond Chezré being a spoken word poet, he is also an author and the creator of the book series “Dark vs Light” where he writes about his life and shares some of his finest dark poetry. He is a passionate individual who really puts his all into his work and also a great lover of metal and cats.

Chezré has mentioned that writing has always been a way for him to express himself in better ways than he can in general conversation. He started dabbling in writing at around the age of 10 and have never looked back.

A predominant and recurring theme in his writing is the battle between good and evil, hence the moniker Dark vs. Light. He loves writing about personal things he has dealt with, including questions of faith, mental illnesses, addiction, romance, heartbreak, and existential dread.

Chezré overcomes adversities in his writing by waiting for inspiration to strike or by employing the help of fellow poets.

He has never had any rituals or set times when it comes to his writing. He mentions that Google Keep Notes has become his best friend because he can quickly type out a thought or two when it comes to mind as he quotes: “Inspiration tends to come at the most random moments, and, very often, late at night”. Then he tends to find a gap to finish the poem or story as his mind develops the rest of it.

As mentioned, Chezré is a fantastic poet and his poetry takes you on a journey through the goods and evils, the rights and wrongs, the feelings of heart breaks and addiction. Chezré is a well rounded and experienced writer and we feel blessed to have him bless our stage at the Readers and Writers Festival.

Make sure to purchase tickets and join us for a day of wander, laughter, magic and bliss.