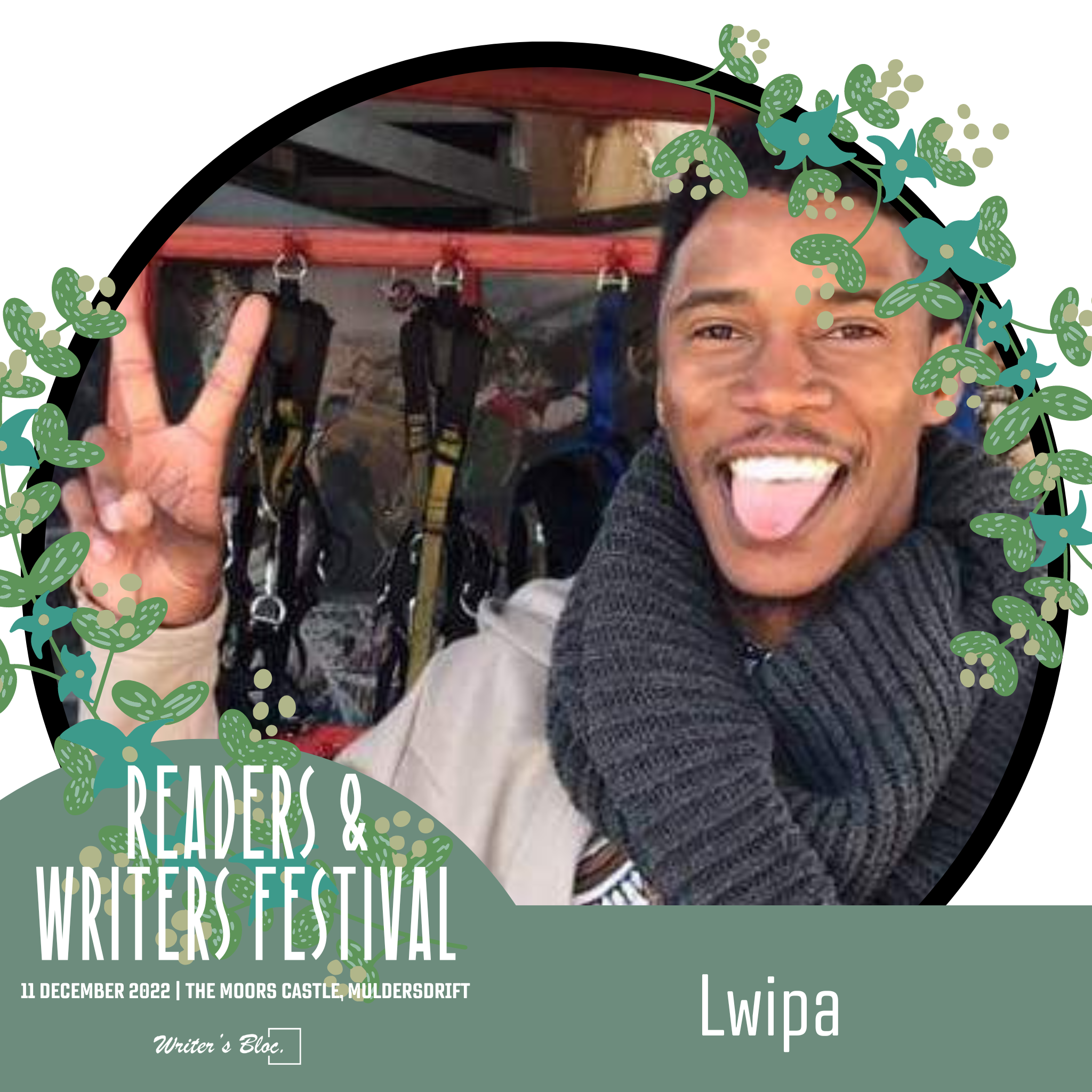 The pluck of an ambitious string is sometimes all on needs to feel whole again. The emotions portrayed by the sweet symphonies of notes swiftly flowing and swaying to the heart beats melody. A beat of the drum that reminds us of freedom, passion and joy. Music has a way of moving us.

Music has its way of letting us know that it is here, a way to speak 100 different languages and still only be understood as unique to one. Music is an expression that does not have any language bounds and can bring different cultures together for celebrations.

At the Readers and Writers Festival, we want to include all the arts and bring forward some of the best talents we know. One of those talents being Lwipa. He has performed at many different Writers Bloc events over the years. From being a backing track behind our poet, joining in with bands and being a solo artist, Lwipa has sent us and the crowds through his journey of music and shared some beautiful pieces with us. He is an artist we are proud to be having at the Readers and Writers Festival.

Lwipa is a musician who has a ton of experience playing musical instruments, specifically guitar. He started playing guitar in 2007 after seeing his dad play one and this left Lwipa in awe and inspired. This was not Lwipa first interaction with music, however, as he had been rapping since 2002. He cultivates his music beautifully expressing his mind through his honest lyrics and light strings.

Lwipa believes that it might be his life purpose to conquer the ideas of the mind and understand it to its full potential. Because of these, his hard hitting melodies and lyrics are all projected from within sharing what he is facing or what he feels the world is dealing with. He projects this through his music and has definitely always sent us on a “sound journey” at our Writers Bloc events.

He claims to be inspired not by things or people, but rather he is inspired by what is being experienced at a particular moment in time. This is what partially helps him overcome his adversities, finding inspiration in the mundane or in excellence. Another way he overcomes adversities is through the creation and subsequent assessment of the product. Lwipa says that his music doesn’t come from him but rather through him. He said “if I embodied a lot of what I preach about in my songs, then life would be spectacular wouldn’t it?” Quite an inspiring thing to say as it is definitely relatable to all that we do and I guess that shows the relatability of Lwipas music. He says that he steps into a meditative state when he plays the guitar and that every pluck of the string is a sense of healing to him.

Lwipas playing rituals are nothing to out of the norm. He says first thing on the agenda is to practice and secondly “smoke a J”. He delves deeper into this by also stepping into the frequency of the music he is going to be playing and he mentions a good way to do that is to listen to the genre before playing.

Lwipa is an amazing artist and we love to have him in our team. He has always expressed himself through his music beautifully and honestly and it is the exact kind of thing we like to see on the Writers Bloc stage. To buy tickets to the festival, please follow this link. We look forward to seeing you all there.

How to beat Writers Block