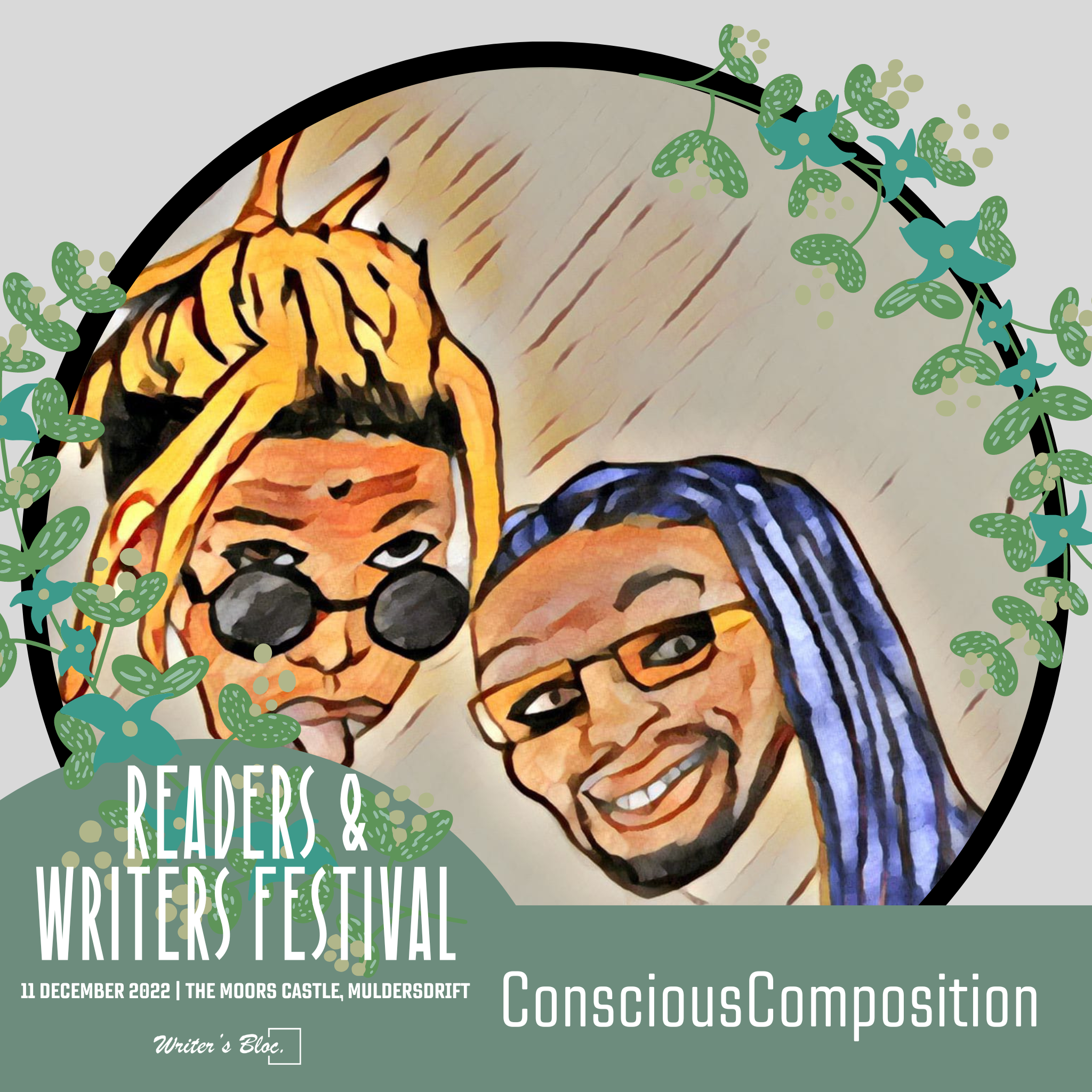 Moving in and out of feelings, breathing in between the beats as your heart syncs up with the melodic strings and the ground breathes the same air as your soul nothing one can do but nod and get lost in the beauty of what is sung. Music has a way of making us feel alive. Music mixed with melodic poetry makes us think. Music is beauty portrayed that speaks every language.

We are proud to have so many musicians on board for the Readers and Writers Festival. Music is what ties together lives and allows for expression in all languages. The ConsciousComposition is a two man band that consists of the two member The Alan and Rex. Their music, as the name might portray, makes one think and we are so happy to have them at the Readers and Writers Festival.

Lereko Mokhesi aka Rex, was inspired by the idea that somebody could change their entire life through the powerful and creative use of their words when he watched Eminem’s 8 Mile in 2005. It was then that he decided to dedicate his life to the refinement and powerfully creative use of his own way with words. The ability to positively and intentionally influence his personal growth and change have always been the main driving forces behind his passion for lyricism and music.

Rex is one who appreciates his emotions and wears his heart on his sleeve. For this he makes it a point to refine his understanding of his emotions as well his manner of influence over them to a point where he feels that they contribute to his consistent emotional growth, wellbeing and fulfilment. For this reason he appreciates relating his personal triumphs from personal emotional journeys.

His inspiration comes from nature, his personal life experiences and a desire to use his unique perspective to relate to people in a creative way that promotes positive growth.

His favourite way to express himself and relate to a multitude of people is through using his words. He mentioned that he likes using themes and metaphors rooted in nature as a means to relate his personal experiences to a broad ranging audience. He said that he chooses which experiences to share by using his love for positively and intentionally influencing personal growth and change as a guide.

When writers block might hit Rex, he makes sure that he shifts his time, effort and attention to other pursuits or activities. Outside of his creative process he takes time to reflect on the end which he is trying to accomplish or communicate through the work he is busy with – thinking of and trying different kinds of ideas that can work as a means to that end. Using different times and spaces in order to reflect on the goals of his processes often affords him different angles through which to see different possible ways of reaching those goals.

Rex doesn’t necessarily have a writing ritual as he only pays attention to how he is feeling in the moments before writing or performing and respond as best as he can with efforts to encourage and protect his trust and confidence in himself – It isn’t a formalised or a specific process for him and rather a feeling.

Rex has always been a very expressive performer and has a great way of connecting with the audience as they get lost and flow through his words. Make sure that you buy tickets for the Readers and Writers festival on the 11 December 2022.