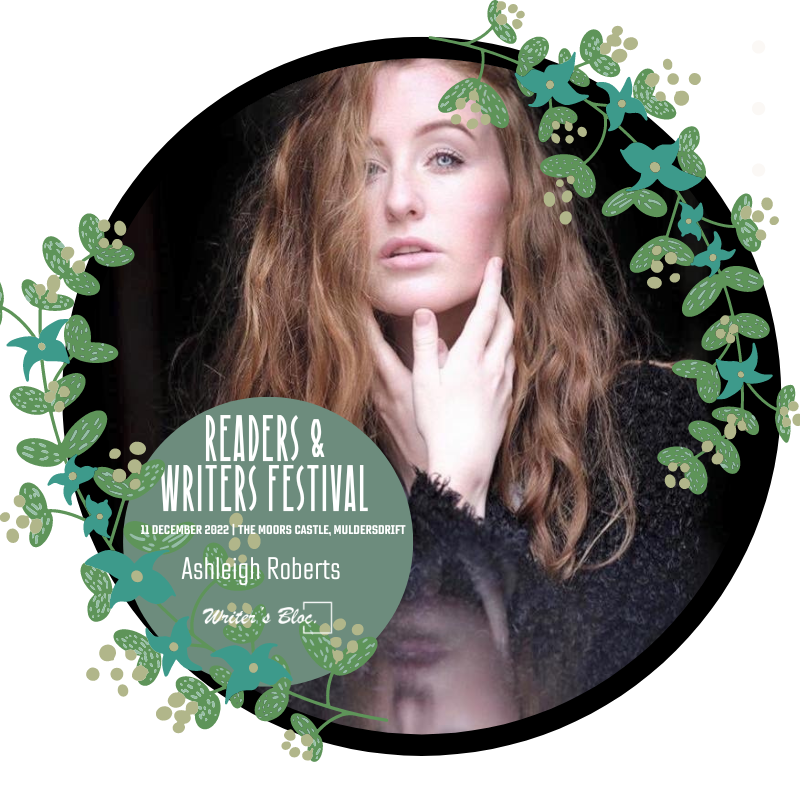 When it comes to having a diversity of writers. Writers Bloc prides itself on that. Over the years we have had many different writers come onto our stage and bless us with their beautiful writing and voices. At the Readers and Writers Festival, we plan to exhibit just that.

We are so happy to have Ash Roberts blessing us with her poetry on the day. She is new to the Writers Bloc family, but her words feel as if they have always been here. Her poetry is raw and meaningful and hits very close to home. Her talent with a pen and the delivery of her poetry is not something to miss as she takes you on journey through the topics of life.

Ash has been writing since she was a teenager. She used writing as her creative outlet. She subscribed to the idea of journaling to help her mental health which usually translated more into stories or poems instead of a ‘dear diary’ situation. She mentioned that she had many riddles and rhymes in her head and always felt a deep sense of transmutation by writing it out. Over the years she crafted and honed this talent until she found her voice to share. She commented saying “I feel that sharing our authentic expression is one of the gifts we can offer the world, and an energetic step to really releasing it from the confines of the mind/body.”

When it comes to Ash Roberts writing, she loves to write on topics of death, love, life and all the topics in-between making her quite a well rounded writer. Topics like spiritual inspiration, healing and devotion are top tier for her. She really enjoys sharing on aliveness and meeting the adversities of the human condition.She said that a lot of it starts as reminders to herself to embrace more of her self and how she shows up in the world.

Ash mentioned that some of her biggest inspirations include Rumi, Kabir and Anais Nin. As their topics and styles resonate deeply with her and whenever she reads their work (especially out loud), “it is medicinal on another level”. She believes that it’s important to bring the actual voice into writing to really filter its magic via the throat and ears, not just the eyes and hands!

Ash makes sure that she overcomes all her writing adversities by journaling each day as a daily practice, ritualising it as a bit of a meditative technique for at least the duration of one song. Then she tends to revise and build on any content she would like to evolve or share each week. She mentions that sometimes there are challenges like scribbles she can make out or a bit of writer’s block, but she does her best to let it go and see what comes later.

We are ecstatic to have Ashleigh Roberts performing at the Readers and Writers Festival in December. We believe that our family of writers is growing ever so beautifully and we are ready to share it with the world. If you would like to see Ash express herself in her beautiful and unique voice, make sure to buy your tickets for the festival. We cannot wait to see you all there.